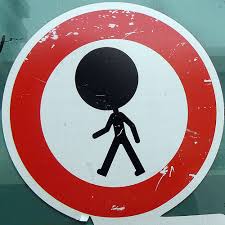 5 QUESTIONS WITH… on MWANA MBOKA

American Hip-hop has become a global phenomenon since its inception in the late 70s. But do you ever wonder about the international hip-hop scene or how our culture has influenced other countries? I do. Since I can’t travel the way I’d like (it’s a recession, word to Jeezy) the next best thing for me was to reach out to people who live what I want to see. Enter Sindau Kasongo, a 32-year-old, Parisian hip-hop journalist who has been writing for Rap Magazine—France’s premier hip-hop magazine—for five years. Citing Jay-Z, Public Enemy, Slick Rick and Big Daddy Kane as some of his favorites, he’s traveled extensively to various parts of the U.S. to explore our culture and has interviewed some of hip-hop’s elite, abroad and in his home city. This is his perspective on the music from a local and international standpoint.

GangstarrGirl: Paris always strikes me as a place that wouldn’t have much hip-hop influence, so how did you get into it?

Sindanu Kasongo: When I was around seven, there was a show on French TV called H.i.p. H.o.p and they taught how to break dance. Me and my friends practiced in front of my TV not knowing that break dancing was part of hip-hop culture. The show eventually got canceled and I ended up just listening to Zairians music (my parents are from Zaïre) and whatever else there was playing on TV like pop and rock (Duran Duran, U2, The Stranglers and French acts). When I was 12, my older cousin who was heavily into R&B introduced me to New Edition. I liked them but it was too soft for me so he also made me listen to Public Enemy. That’s how I knew I had found my thing. When I was in high school I went on holidays in London where in the early 90′s, they already had hip-hop radio. I spent my days in front of the radio recording hours and hours of shows and that’s how I discovered The Source Magazine. [From there] I knew I needed to get a dictionary [to improve my English] so I could understand these astonishing things.

GG: It sounds like American hip-hop has been influential in France for longer than we think?

KS: American hip hop was always influential in France, even in America’s early days. In about ’82 there were French MC’s who were rapping in English and had English aliases.

GG: When did the French hip-hop scene start to develop into its own movement?

KS: In the early 80s the French graffiti scene was vibrant, then in the late 80′s the rap scene took off with groups like NTM, IAM, Assassin and Ministère AMER. They are our “founding fathers.”

GG:Who are some other dope French artists you’re checking for?

KS: Oxmo Puccino is just brilliant. Kery James has a lot of intensity—he can make you want to punch someone in the face but then write a song that’ll make the hardest thug shed a tear, Booba is our punch line king and the only one real entertainer, Ekoué is smart and has a degree in Political Science—he has raw lyrics with heavy political content, and Casey is a talented female MC with raw political lyrics and well written rhymes.

GG: You seem big on lyrics and content. In America, a lot of people say that hip-hop has changed for the worse because of rappers like Soulja Boy and the shift to silly dances and less emphasis on lyrical content and flow. What’s the view on American hip-hop from a French perspective?

KS: Fist of all, French people don’t always understand the lyrics so we related more to the image or the vibe of the music. Second, since New York is the most European-like city in America, and also the source of hip-hop, French people are subconsciously more New York oriented [as far as what they like]. As far as the dirty south movement, it’s synonymous with grills, cars and strippers, and people over here can’t relate.

GG: In a previous conversation we had, you mentioned that the same type of dumbing down was happening with French hip-hop. Can you walk me through that devolution?

KS: Back in ’98/’99 the MC had to deliver. The rapper was supposed to have a message worked into his flow and his rhymes. Now, [even over here] the majority of these young artists are only street oriented. There is nothing wrong with that but they are all talking about the same guns, same projects, and same drugs that they are allegedly selling. Even if the subject matter is monotonous, the rhymes, flow and delivery could at least be more creative.

GG: What are some differences between French hip-hop and American hip-hop in terms of the business side?

KS: American hip-hop is more developed on the business side. Corporate America makes money off of hip-hop while French corporations are still in denial about the influence of hip-hop. Slum Village did ads for Chrysler, EPMD just got a deal with DC Shoes and there are a lot of underground rappers making songs for video games [in the U.S.]. But you’ll never see that in France. It’s the same thing with the media. I remember seeing Juelz Santana perform on the Jay Leno show once, but it’s rare in France to have a rap artist as a guest speaking on a national TV show.

GG: Even when it comes to radio?

KS: Yes. French national radio is taking away the essence of hip-hop by only playing R&B or dull French rap. I know that Hot 97 constantly plays the same songs but at least you have guys like Mr. Cee, Flex, Enuff, Cipha Sounds and Peter Rosenberg, who know their hip-hop. Plus you have a lot of sites like NahRight.com, XXLMag.com, Allhiphop.com and satellite radio.

GG: Wow that’s bugged how influential one culture can be on another. You know all those sites yet I must admit ignorance on my part. As an American, my view on France, especially Paris, is that it’s a more fashion-themed culture like with Coco Chanel, Hermes, and upscale designers like that so how does hip-hop or urban culture fit into that landscape?

KS: Urban culture has had it’s own space in France for a while but hip-hop heads here are influenced by The States for fashion. Even now, if you see a young person wearing a Louis Vuitton scarf it’s probably because he saw Jim Jones wearing one. But now, with the hipster trend of wearing skinny jeans, it’s starting to change a little bit. People are throwing away their oversized jeans and timbs for a more stylish and ironically, French look.

« « « But now, with the hipster trend of wearing skinny jeans, it’s starting to change a little bit. People are throwing away their oversized jeans and timbs for a more stylish and ironically, French look » »

Lol, but not you seend! you remain the same! I hope! don’t wanna see you in skinny leggs jeans please! please!

I will right away clutch your rss as I can not find your email subscription hyperlink or newsletter service. Do you’ve any? Please permit me understand so that I may just subscribe. Thanks.